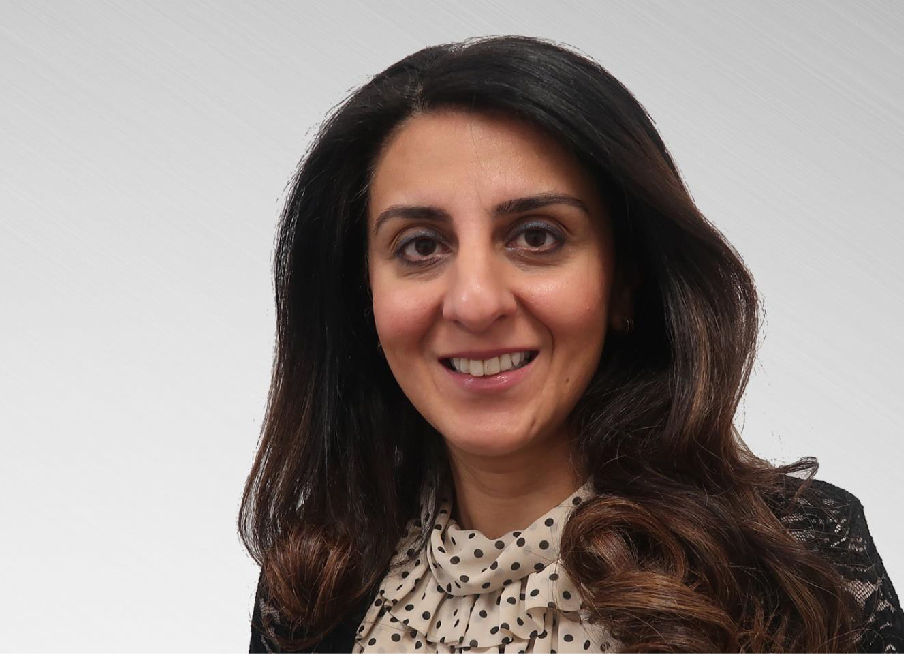 An DEI-expert's insight into intersectionality & microaggressions

Saima is an experienced Learning and Development professional with a track record of helping organisations identify, address, and drive forward their Equality, Diversity and Inclusion strategies.

Saima has experience of working in multiple locations in the UK and Europe and is known for her flexible approach and culturally aware facilitation style. Saima’s background is in staffing & recruitment. She has successfully managed recruitment sales teams prior to transitioning into Learning and Development. Saima has worked with numerous businesses to develop and deliver effective and inclusive talent attraction and recruitment solutions.

After spending 20 years working in recruitment, I’m now a DEI consultant. I’m incredibly passionate about the work I do, and a large portion of my passion comes from my own lived experiences.

A huge aspect of my role centres around inclusion; something as simple as a name can have such a big impact. For example, I always like to add the phonetic spelling of my name (Sigh-ma) when I’m on calls, because I want people to pronounce my name correctly - without otherwise ignoring me through fear of not getting my name right. It’s such a simple thing, but it can have a very profound effect on the person. Are you going to call on the person whose name you can’t pronounce, over a name you can? Probably not. And if you find yourself feeling overlooked due to your name, it can feel incredibly isolating.

My years in recruitment also highlighted certain things that never quite made sense to me. I’d often hear hiring managers say “that person was great, but they just weren’t the right fit for us”. What does that even mean? It’s not about ‘fit’ - it should be about contributing and adding value, surely?

Hearing those things over the years (and my own personal experiences) are a big contributor as to why I fell into my DEI work. For example, I’m female, I’m Asian, and I’m a working mum with 4 children. This intersectionality has heavily contributed to a number of barriers I’ve had to face - and highlights how important education really is regarding DEI.

Have you experienced any obstacles you feel were a direct result of your background?

Well, where do I start!

Following on from the topic of my name (but I feel this is also linked to race and ethnicity) - my maiden name was Saima Hussain. When I was looking for jobs around 20 years ago, Saddam Hussein was all over the news. As you can imagine, this didn’t give the name ‘Hussain’ the greatest of reputations.

I remember applying for roles and getting nowhere. I honestly didn’t understand why, until my cousin suggested I switch my name on my CV and everything changed. I changed my name to Samantha Jones (I was a big Sex and the City fan back in the day!) - and subsequently got lots more interviews. I distinctly remember going for one of these interviews and the hiring manager saying to me “oh, we were expecting Samantha Jones?” - to which I said yes, that’s me. And I'm also Saima Hussain. I got asked in the same interview whether I’d be “going back home to get married any time soon”. I feel this was strongly linked to my ethnicity.

Admittedly these barriers were things I experienced a while ago and, while there’s no denying the progress we’ve made, I still think there’s a long way to go.

In more recent times, I’ve unfortunately had experiences where I’ve not felt properly included as a result of my religion and ethnicity. This has often been in the form of microaggressions, and people typically miss them due to how subtle they are.

For example, in one of my previous roles, we were having a training session on inclusivity. Alcohol was often given as gifts to reward people for hitting particular milestones, and I raised the point that this doesn’t feel particularly inclusive. Not just because I personally am Muslim and choose not to drink alcohol, but I knew plenty of other people in the business who didn’t drink alcohol for a range of other reasons.

The response I received was, let’s just say, not great. Someone said “Saima, alcohol is seen as a form of celebration in our country”. I found this pretty offensive and spent a lot of time asking myself “am I overreacting?”. But deep down I knew it was a microaggression from the get-go, and realised the importance of having allies in the workplace. I had an ally who, at the time, said “I wasn’t comfortable with that comment. Regardless of whether you say anything or not, I will”.

There are plenty of hiring managers who are passionate about improving their DEI practices for genuine reasons, which is great to see. But there’s no denying that there are some who only want to do it because they have a quota to fulfil/boxes they need to tick. Before beginning to make changes, it’s crucial to think about WHY you’re doing it in the first place.

The benefits of a diverse workforce are what you should ideally be looking at in terms of your company progression. Don’t think you’re compromising on anything by being more DEI-focused - because you’re not. All you’re doing is giving people the opportunity to be on a level playing field.

Many people also get misconstrued with the concept of improving DEI development; it becomes almost tokenistic. If this is the case, it won’t help your organisation or the people you employ. For example, if I feel I’ve been offered a job just because I’m an Asian woman, it’d make me feel like I’m not truly valued.

Think about WHY you’re doing it as opposed to seeing it as something you HAVE to do. And definitely don’t just stop at diversity! If you aim for inclusion, you’ll get diversity by default; if you’re only aiming for diversity, you’re never going to get true inclusion. Widen the gate, but make sure inclusion is your primary goal - not JUST diversity. If you’re not going the whole way, it'll show.

I’m honestly racking my brains! I wouldn’t say any DEI development has particularly stood out to me personally - but I CAN say that my negative experiences have probably had a positive impact in the long-run (despite that being quite a negative thing to say). They’ve massively contributed to my passion for DEI, and are a huge reason why I now do the work I do.

There’s unfortunately quite a lot of misconceptions about privilege, too. We’re not saying people with privilege haven’t suffered hardship - it just means you haven’t had a lack of opportunity because of your skin colour, religion, or gender. It’s all about looking at the bigger picture.

Going forward, I’d love to see real positive change as a result of people truly realising what marginalised groups have had to go through for so long. It’s been about the majority for such a long time, and it’s important that people put the work in to understand why the minority might not have had the same opportunities. There have been some positive advancements in this area but, at the moment, I still think we have a long way to go.

Being an independent trainer in this space, there’s loads I can offer personally. There are also a bunch of brilliant groups and organisations to join and follow on LinkedIn.

When searching for DEI resources, it’s all about building the foundation of your knowledge. Admitting you don’t know something is the first step, and following up and putting the time in to educate yourself is key.