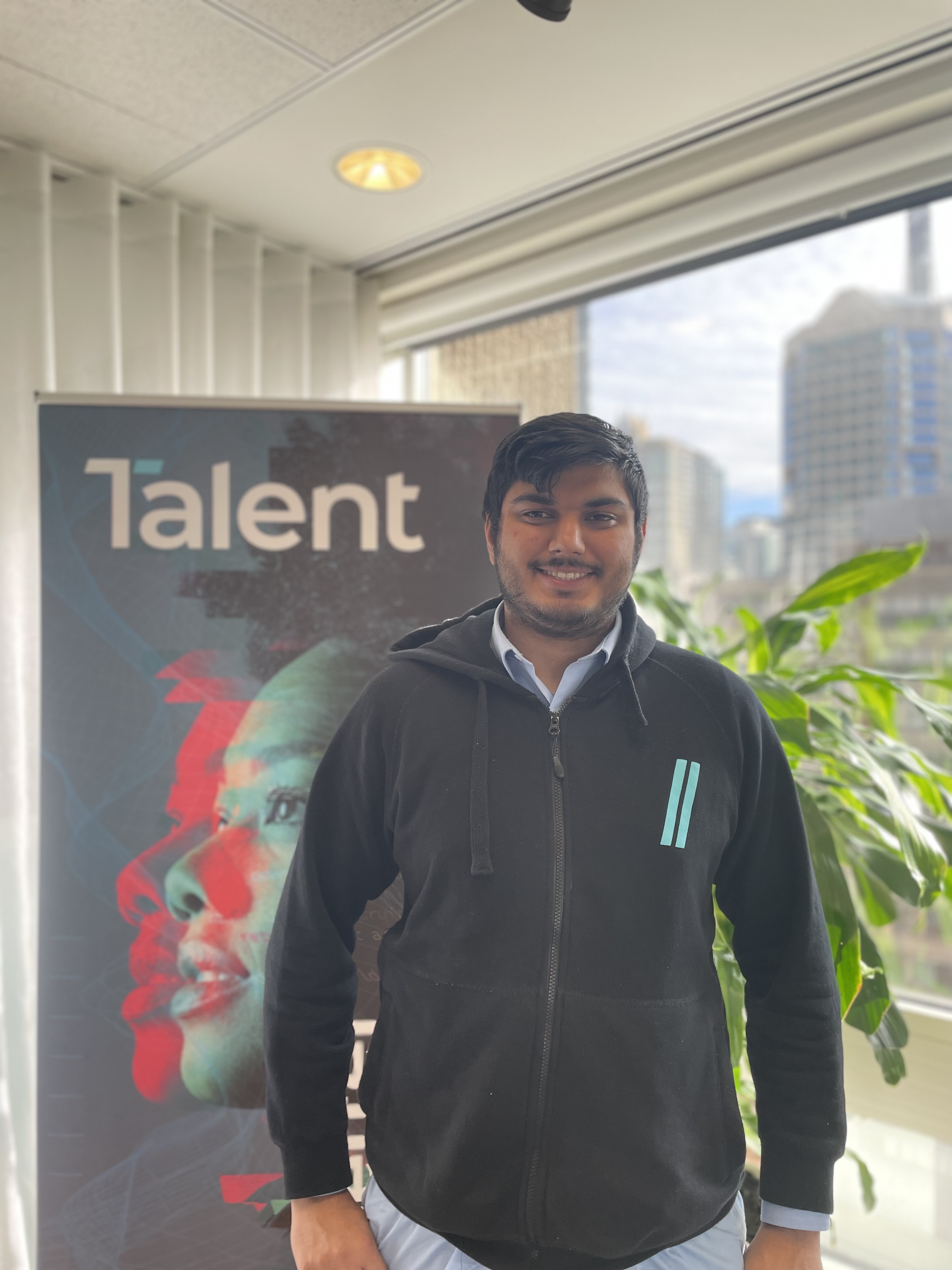 Experiencing barriers to employment as a young person

Nirav Patel is a 22-year-old Payroll Officer from Sydney, Australia, who got his start through Talent’s youth unemployment charity foundation, Talent RISE. He chats to us about his experiences entering the hiring market and the challenges and pressures he faced as a young person navigating this space.

I am currently 22 years old and graduated high school in 2017, during which I completed and attained my HSC. I did decide to go to uni but took a gap year straight away and later dropped out as my interests didn’t align with what I was studying at the time (Sports Management). During those times, I was working at KFC (started in 2017) where I had been working for 4 years until my job at Talent. During those 4 years, it was rough.

I was told by some people that I was ‘wasting my time’ and ‘not doing anything with my life’ as I wasn’t studying or doing anything other than working at KFC. So, this gave me a negative mindset. However, I did have some reassurance from others who told me ‘I’ve got my whole life ahead of me’ and that ‘I’m still young’.

One of the most positive experiences I’ve had is through Talent's RISE day which led me to get my current job here. The people I talked to at RISE day (and even after) were great at boosting my confidence. They gave wonderful advice and I was able to keep in contact with members of RISE; I had constant talks with them. Talent itself was my first job in an office environment and I had a lovely team who were very welcoming.

Have you experienced any obstacles you feel were a direct result of your age?

I definitely had a mindset where I believed people would look at me being over 20 years old with no degree or certificate, and think I wouldn’t be worth their time due to lack of experience or education.

When I was trying to get my foot into the workforce looking at entry level roles on employment sites, it was very discouraging seeing that most of them had required some sort of previous experience. I always used to think that jobs called 'entry level' meant that they require little to no experience for it - but when I was job hunting I found this not to be the case.

Personally, during my interviews, I found it easier and better when the interview was more like an actual conversation rather than it being direct and to the point. I think it can ease the mindset of the young person and rid them of any worries.

Companies should also make it easier for younger, inexperienced people to enter the job market. There are lots of benefits for companies to hire young people. Many young people have a willingness to learn and it gives the company an opportunity to develop their skills to what they desire. I also think one of the biggest benefits, especially now, is our understanding of technology. As we have grown up with technology, we are comfortable and knowledgeable about it.

RISE Day and working at Talent has had a huge impact on me. Talent’s ‘give a damn’ value says it all. During my time here, I have seen and heard many things that portray how diverse and wonderful the culture is. The care the company has for its employees seems really good.

I haven’t had much to do with charities and such regarding DEI so unsure what to recommend, however Talent’s ‘RISE day’ was very impactful in putting me where I am today - so if anything I recommend RISE to young people who may be experiencing barriers or worries.