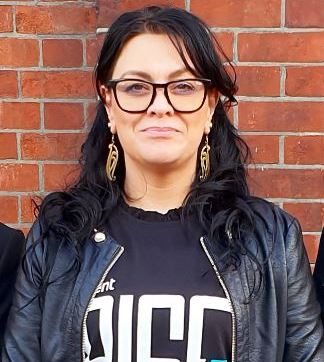 Jessica Te Moananui shares how she navigated the employment market as a teen mother with no formal qualifications, and how the power of opportunity changed the trajectory of her life. She now passes on these opportunities to youth in NZ, changing young lives through her work with Talent’s youth unemployment charity, Talent RISE.

As a young girl I struggled with schooling, this was partly due to the fact that by the age of 14 I had attended a total of 15 different education providers. At the age of 16 I fell pregnant with my first child and soon found myself a teen mother with no formal education or qualifications. I looked set to follow in the footsteps of the 5 generations before me, dependant on welfare at only the age of 17. In my late teens, I worked between part time jobs to support myself and my tamāhine (daughter), but these weren’t the sort of jobs that offered career opportunities to help me escape the cycle. I was scared; I thought my course was set and this was how it was going to be for the rest of my life.

That is until somebody gave me the opportunity to prove myself.

In my very early twenties I was given an opportunity to work in a customer service position with Repco Petone under an amazing leader, Ronald Taylor, who saw something in me. He gave me a chance to grow my skill set by giving me responsibilities I had never handled before, allowing me to fail, and helping me learn from my failures. Eventually, I made it to Assistant Manager where I had a team of 5 to look after.

Ronald empowered me to feel valued, especially as a young mother working in a male-dominated industry. Since then, I have been blessed with multiple opportunities along the way that came as a direct result of the skills and experience I gained under Ronald’s leadership.

I am now in a position in my career where I can pass on those opportunities that were once given to me.

Have you experienced any obstacles you feel were a direct result of your young parent commitments without formal qualifications?

I think one of the biggest obstacles I faced over my career was being unfairly marginalised, where potential employers wouldn’t want to hire a young teen parent due to my responsibilities as a mother. Although I would always be very upfront throughout the recruitment process that childcare was not going to be a barrier to me fulfilling my obligations as an employee, I always felt that I was being unfairly dismissed. Almost like I was being tarnished with a brush that didn’t fit with my drive and determination to embark on a meaningful career pathway.

In my own experience I would recommend starting at the very beginning of the recruitment process, especially with the way that you are looking at CVs and cover letters - through to the actual interview process where you should have quite an open mind and always be encouraging and thoughtful. This is especially true if you are going to give on the spot feedback during the interview directly to the candidate, as it can be quite demoralising if you don’t get the tone right.

As an example, I once interviewed for a position, I did quite well to make it to the second stage or so I thought. In the second stage of interviewing, right at the very end, they gave me some feedback on the grammar in my cover letter.  Whilst this was great feedback for me to note for the next time, what wasn’t so great was having my cover letter presented to me with red marker highlighting my errors. They then proceeded to tell me that as a result, they were going to take the other candidate over me. It was after experiencing this type of recruitment process, that I started to show an interest in recruitment where I could use this experience to assist others. Luckily for me, shortly after this experience the opportunity arose for me to enter into the recruitment industry.

(I know I sound quite biased!) but I would have to say Talent International/Talent RISE. Namely Bianca Jones, Talent Managing Director New Zealand, for seeing something in my capabilities and what I could bring to support their vision and mission - by way of utilising my previous work and life experiences over formal qualifications. Talent has empowered me to send the elevator back down, so to speak. Where I can support other rangatahi (young people) whether they're young teen parents, have no formal qualifications, or are unfairly marginalised by society due to their culture, religious or personal identity. Here at Talent, there is no such label put on any of us employees or any of the clients and candidates that we work with across both businesses globally. I really think this comes straight from our Senior Executive Team leading the way!  I am very blessed to be working for such a great organisation who is committed to giving back to young people, by way of their not-for-profit Talent RISE.

As for recommendations of other organisations also leading by example in this space, I would say Diversity Works originally established as the Equal opportunities Trust in 1992. As part of their mandate to build and promote workplace diversity and inclusion, Diversity Works recognise the following groups as those in the community that may be disadvantaged by inequality of opportunity in paid employment – Women; Māori and pacific peoples, people from any ethnic minority, people with disabilities, people with mental disabilities, SOGIESC – diverse communities, including people with a diverse sexual orientation, gender identity and expression, people with neurodiversities, people facing age discrimination and people facing discrimination based on religion. Diversity Works run a series of events and training opportunities for organisations across New Zealand and they also have annual Diversity Awards where they celebrate organisations across New Zealand who are also leading the way in this space.