That’s how long you have to capture a job seeker’s attention. Research suggests that most will spend just 14 seconds scanning a job description and deciding whether to apply or not. This is an incredibly small window of opportunity. To ensure you attract the right candidates for your roles, your job descriptions must hit the mark.

But to truly ‘hit the mark’, you need to do more than include buzzwords and a long list of company benefits. It’s no secret how beneficial a diverse workforce is - but if your job descriptions aren’t inclusive, how can you expect to diversify your teams and boost success?

More inclusive job descriptions will increase your talent pool; this automatically improves your chance of hiring the most ideal candidates for your roles. But that's not all they'll deliver...

Inclusive job descriptions show that your company genuinely cares about DEI, which is crucial. According to Glassdoor, a huge 76% of employees and job seekers say a diverse workforce is an important factor when evaluating companies and job offers.

Job descriptions often form the first impression of a company. If you’re not showing that you care about inclusivity, over 3 in 4 people could decide not to apply. So, it’s important you make the right first impression to attract the right people for your roles.

So, where do you start?

Imagine you’re a Senior Developer who identifies as female or non-binary, and you see the phrase “he will design and code” on a job description. It would instantly put you off applying, right? Since it immediately excludes those who don’t identify with the pronoun “he”.

Replacing “he” with “s/he” may seem like the obvious solution, but it still doesn’t hit the mark. Those who identify as non-binary and prefer “they/them” pronouns may see this as a subtle signal that your company won’t want to employ them.

Instead, avoid using gendered pronouns altogether in favour of “you”. “You” is not only a much more inclusive pronoun, but will also give your job description a more personal feel.

Phrases such as “you will design and code”, “you will help us grow” and “you will be accountable for” are entirely gender-neutral - and will help your job description feel more inclusive for all.

Pronouns aren’t the only words that could deliver the wrong signals to job seekers. There are other ‘skewed’ words and phrases that subtly reinforce particular biases - including gender, race and age.

We’re going to explore various examples of this language, why it should be avoided, and how you can rectify it to make your job descriptions more inclusive. Use the arrows below to navigate our tips.

Certain words can be biased towards particular genders, with a large number of tech jobs demonstrating a high volume of masculine wording. For example, words like “rockstar”, “superstar” and “guru” are historically associated with men, and referred to as masculine-coded words. In contrast, words like “cooperation”, “collaboration”, “support” and “understanding” are examples of more feminine-coded language.

Words and phrases biased toward men aren’t always obvious, either. Language such as “work hard play hard”, “ambitious”, “competitive” and “driven” often have the same non-inclusive impact. Why? These traits are stereotypically considered as positive for men - but negative for women.

The solution to making your job descriptions more inclusive is simple: avoid masculine-coded words and use feminine-coded language instead. But, when this is suggested, a key question often crops up…

Surely if job descriptions swapped male-skewed words for feminine-coded phrases, it would have the same effect? Wouldn’t those who identify as male now be put off applying?

Studies like this suggest a hugely important takeaway: men don’t rule themselves out of applying for jobs based on gender-biased language, to the same degree that women do.

When creating your next job description, this handy Gender Bias Decoder by TotalJobs can help you avoid masculine-coded language.

Beyond gender, race is another demographic that must be considered. Aubrey Blanche, Global Head of Diversity and Belonging at Atlassian, demonstrates the importance of avoiding overly corporate words and phrases.

Using language such as “stakeholder”, “core competencies” and “board of investors” could inadvertently signal to people of colour that this isn’t a working environment they will thrive in. This is because such language was originally developed in a predominantly white male setting.

Using overly corporate words also suggests that an applicant will need in-depth or very specific knowledge in order to be successful at your organisation - even if this isn’t the case.

Instead, switching phrases like “board of investors” to “collaborators” and “core competencies” to “desired skills” are likely to have a hugely positive impact. They’ll make your job descriptions far less corporate and isolating - and should attract a much wider pool of people.

Age bias is, unfortunately, something that often slips through the net when writing job descriptions. While it is against the law to directly discriminate based on age, subtle use of certain language can deter specific age groups - and you may not even realise it’s happening.

Using the phrase “digital native” may not seem problematic, but it could have a similar effect as the word "young". It suggests you’re only interested in hiring people who have felt comfortable with technology from an early age (i.e. those who grew up in the digital era).

This could deter older job seekers from applying, and you could be missing out on a wealth of experience. Instead of using a blanket term like “digital native”, opt for directly spelling out the specific skills needed for the role instead.

Both younger and older age groups may feel deterred from applying: younger people could feel underqualified, and older people may feel overqualified. This will dramatically reduce the potential talent pool for your role(s).

So long as you’ve included a list of desired skills you’d prefer candidates to have, is it necessary to specify years of experience? For example, a younger applicant could have mastered certain skills in fewer years than typically expected- and you’d be missing out on their application.

Every role will have a certain number of essential skills needed to successfully do the job - especially in the tech industry. But, if you evaluate your current list of must-haves, how many are truly 100% essential?

Often, a job description’s ‘must-haves’ are just ‘nice-to-haves’, or skills that can be learnt within the role. If you’re including every desired skill as a non-negotiable must-have, you’re excluding a lot of talented people from applying - especially women.

According to a HP internal report, women typically only apply for jobs where they meet 100% of the requirements listed. But men will apply when they meet just 60% of them. When this statistic was first released, many took it to mean that women simply lacked confidence - but subsequent surveys have shown that this is not the case.

The majority of women say that, unless they meet virtually all required must-haves, applying feels like a waste of time. Why bother applying to a role you feel there’s little chance you’ll be successful? Even if you feel confident you’d be able to do the job well.

Reports like this call for a change in how job requirements are presented, as you could be losing out on a huge range of talent. Re-evaluate what’s actually 100% necessary, and place the ‘nice-to-haves’ in their own specified list instead of portraying them as non-negotiable.

be open to change.

Creating effective and inclusive job descriptions is an ever-changing landscape. And, with only 14 seconds to play with before potential applicants will scroll past, it’s important to adapt, move with the times, and show you genuinely care and take DEI seriously.

By taking the time to make your job descriptions more inclusive, you’ll not only diversify your workforce and create more successful teams, but you’ll attract a wider talent pool. The wider your talent pool, the higher your chance of securing the best candidates for your roles. 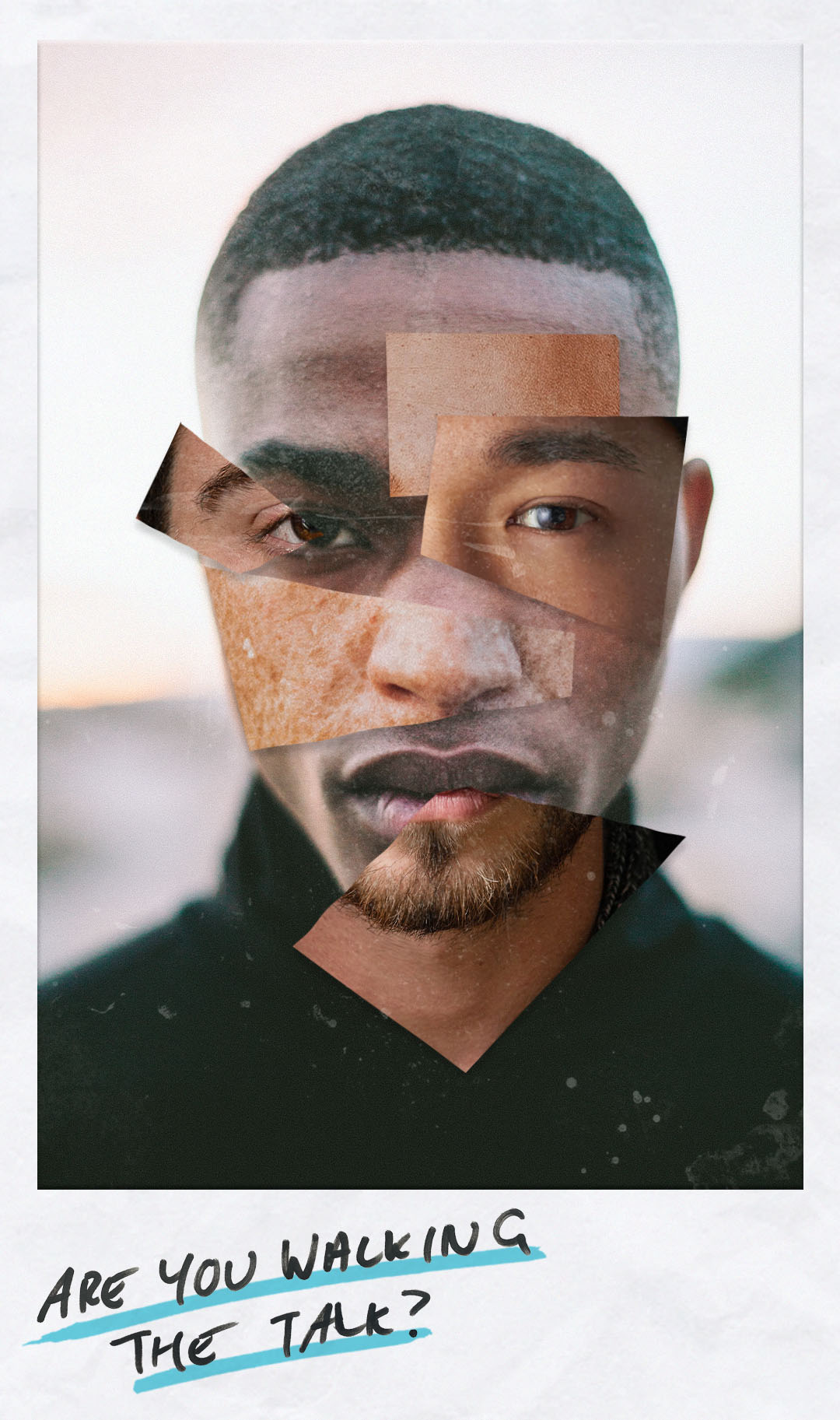 onto the next stage